Article No such thing as ‘healthy obese’ says study 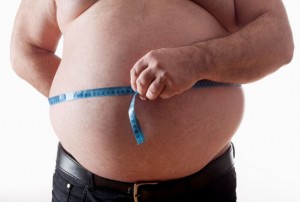 A study following 1,800 Swedish men has found that metabolically healthy obesity does not exist. The men were assessed over a 30-year period, beginning from the age of 50. During this period, a record of those who died or had a cardiovascular problems, such as a heart attack or stroke, was recorded.

The notion of ‘healthy obese’ was given rise from previous studies which have now been deemed as being too short and inaccurate due to their failure to follow participants for a long enough time period. Because of this, older studies showed no increase in cardiovascular risk in obese men who did not have metabolic syndrome. However, it takes over 15 years until these health problems would become evident.

Using body-mass index (BMI), the study found, over the 30-year period, the risk of cardiovascular disease, compared to normal-weight men who did not have metabolic syndrome, was:

‘The findings… had a phenomenal follow-up, 30 years and the take home message is that overweight and obese men are at higher risk of cardiovascular risk even if they don’t have metabolic syndrome’ said Barry Franklin, chairman of the American Heart Association Council on Nutrition; ‘Being physically fit, whether you are overweight or obese has a beneficial effect. So, if you are overweight or obese, it is all the more important to emphasize your fitness’.